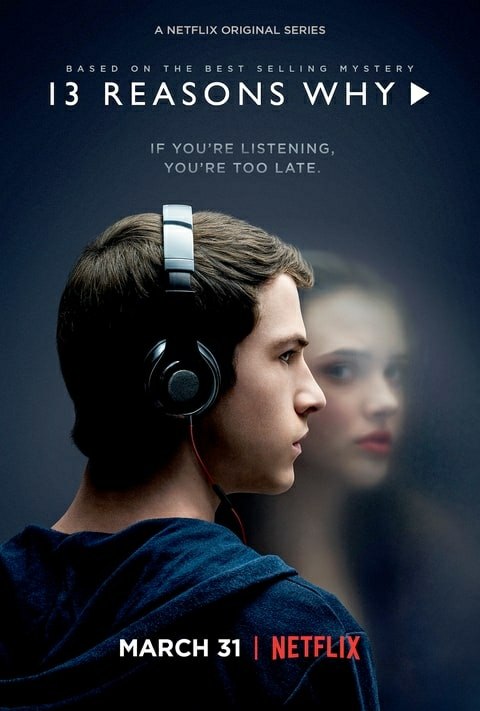 To many, Hannah Baker was just a fictional character first in a book then in a Netflix series that went viral. To many others who related, they saw Hannah Baker within themselves.
Many saw themselves walking beside her in the halls as whispers grew louder and couldn’t be silenced.
Other saw themselves in the relationships that went from best friends to looking at one another like strangers. And how having some good memories from the past can hurt.
Many saw themselves in loneliness when surrounded by so many. When you are in a sea of people yet you feel alone you just hope someone will understand.
Others saw themselves in the love story of being too afraid to say how you felt, out of fear the other person might not say it back. So silence broke hearts when words might have healed it.
“I cost a girl her life because I was too afraid to love her.”
Many saw themselves in the rape scenes. Where fear and shock was very real to a point where you’re frozen just wanting it to stop. Then it does. And you change. And there is no way to undo what has happened to you, so you have to live with something you didn’t choose but was forced upon you. And it takes everything in you to not blame yourself.
Others saw themselves in how depressed Hannah was walking around trying to make sense of how complicated it is to feel things so deeply sometimes. Hiding behind a mask because it’s easier to pretend everything was okay, then admit you need help.
Many others and I think the hardest place people saw themselves was in the suicide. Whether you’ve attempted yourself or thought about it, the scene made me cringe. Not just because it was so graphic but because I know it’s so many people’s reality.

This is to you…

When suicide is the second leading cause of death for kids between the ages of 18-24, that’s more than a statistic. Those are lives that have been lost. Those are children, friends, students, peers. And way too many people who should still be here.
So to every person who isn’t a statistic…
I’m so proud of you.
I am so proud of you because I know how hard some days are.
I know how alone you feel.
I understand there’s this pain within you, you can’t shake.
I know you think ending your life is a solution. But it isn’t. All that happens when you end your pain is you pass along to someone else. Your death is something that happens to everyone else around you.

And I know you might feel empty or feel nothing at all. Maybe you have a plan already or a suicide note, written. When you know exactly how you are going to do it and when.
But I’m going to stop you there.
I’m going to ask you to stay because so many people need you here.
Because I know there is a little bit of hope left in you. I know you don’t want to end your life, you just want the pain you’re feeling to go away.
And I don’t know what is causing it for you, maybe it’s heartbreak or bullying or depression. Maybe you’re 17 too and you don’t see a future.
But these things you are feelings, these bad days you are having, are simply preparing you for all the good that has yet to come in your life.

Stay around to see those good days.

There are still so many people who have yet to meet you. So many lives you are going to change. Love stories that need you apart of them. Because as lost as you feel and as lonely as you feel, there is somebody looking for someone just like you. Do not deny them the chance of meeting you because you want to take your life.
I know, it kind of feels like you’re alone and no one understands. I know you might be stressed and overwhelmed, not just by school or work but about these heavy emotions consuming you and it’s taken a toll.
And you feel like a burden to people around you. You think their lives would be better if they didn’t have to worry about you so much. But they would rather worry than be weeping at your funeral blaming themselves for something they should have seen.
But people don’t see it. Because I know like Hannah, you’re really good at hiding how you feel. I know you’ve mastered the art of keeping your head down in silence when so many thoughts consume you, taking you to this dark negative place.
I know you feel both invisible and silent. Because you can’t even find the words to describe how you feel, you just know it’s not right.
I know how much it hurts. Even if you can’t describe what that “it” is. There’s a pain within your soul you can’t shake.

I’m going to tell you something you might not have heard in awhile you are so strong. The fact that you can feel these things so deeply and it can only be described as hell when your mind tries to drag you into darkness but you still find the light.
You become a light for others because you know what it’s like to be in that deep.
You weren’t here you simply end your life looking for the easy way out. Because nothing about that is easy. But you were here to prevent others from making a mistake that will cost them everything.
I need you to simply do one thing for me, get it tomorrow. And when you get there, get to the next day. And when you get there, get to the one after that. One day you are going to look back at this and realize how glad you are, things didn’t end when you wanted them to.
And when that day comes and you’re standing on your own two feet and those thoughts at night aren’t drowning you, the way I know they are right now, I want you to reach out to me and tell me you’ve made it.
Because I know you have the strength to get there.
A bad day is only 24 hours but the best day of your life could be tomorrow.